The Modern Milkman was the big winner at GP Bullhound’s 2022 Northern Tech Awards.

The startup, which was founded in 2018, won the Fastest Growing Company of the Year Award on the back of growth of 541%.

Simon Mellin and his friends in Colne, Lancashire, were inspired to set up The Modern Milkman after watching David Attenborough’s Blue Planet and resolved to help the environment by changing consumer behaviour.

The company, which has used technology to disrupt a traditional industry, also won the Overall Judges’ Award.

More than 250 CEOs, entrepreneurs and business leaders in the digital economy packed into Manchester’s Albert Hall to celebrate and showcase the leading tech businesses in the North of England and Scotland.

The Top 100 Northern Tech Awards league table revealed the ranking of the fastest-growing and most successful tech companies in the region, and the Northern Stars awards showcased earlier-stage companies considered to have the most potential to be the tech successes in the coming years. 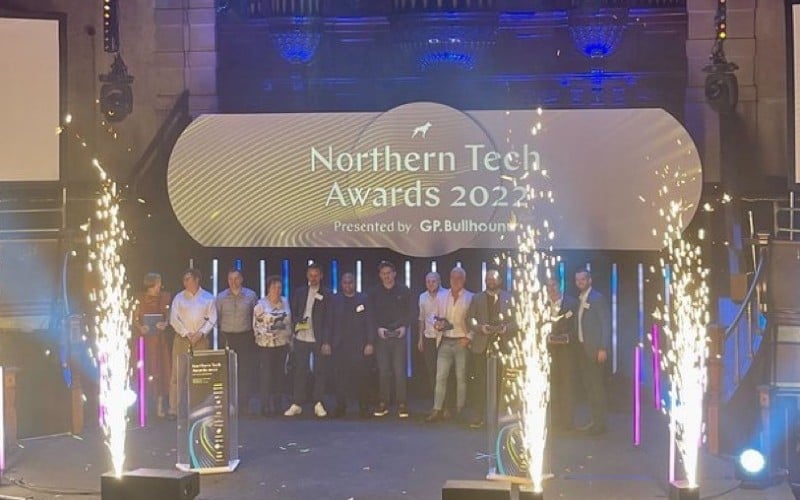 The full list of the 2022 Northern Tech Awards winners:

Analysis from GP Bullhound revealed that the Top 100 fastest-growing tech companies in the North recorded higher average growth rates than the previous two years (47% vs 42% and 39% respectively) and were higher than pre-pandemic levels.

The top-ranking companies this year have performed better than ever before – with the Top 25 growing on average by almost 110% year-on-year between 2019 and 2021.

Javed Huq, Executive Director of GP Bullhound, said: “Our data shows that this has been a record year for the growth of the Northern technology ecosystem, exceeding pre-pandemic levels, and it’s clear from the talent on display at tonight’s awards that the North remains a centre for developing ambitious and innovative companies.”

The top-ranking companies this year have performed better than ever before – with the Top 25 growing on average by almost 110% year-on-year between 2019 and 2021.