‘I wanted to make meaning, not money’

A candle flickers into life in the darkness.

It’s a powerful image – and one adopted by a Manchester startup seeking to help people struggling with their mental health.

Tobias Nolan has just given a stunning presentation to 200 people at pro-manchester’s Trailblazing Tech conference at the city’s prestigious Lowry Hotel, with as many again potentially watching virtually.

“It’s the issues you don’t see that trip people up, again and again,” he tells TechBlast once the applause has died down. “Humans are social animals: isolation does all sorts of strange things to us.

“Back in the day, we had our tribes: our families, our geographical identity. But now, you’re in your apartment alone; you go to work alone, for the most part. You’re siloed.

“So when they come to get you, you’re all alone. And it’s harder. You have a lot of freedoms, but you don’t have that support network as naturally accessible as it used to be.”

“We both had a desire to build a company around a real human problem. I didn’t want to make money – I wanted to make meaning and do something to help people,” he says.

Candle helps people get effective peer support from colleagues, family, friends and professionals. Using Candle Core, someone struggling can light a virtual candle – a call for assistance – which can then be answered.

“Early on, we recognised that we had to build an ecosystem where people are supported by people they know because it gives the foundation for that conversation in an effective way,” Nolan explains.

“By using Candle, you are honouring the complexity of a mental health conversation, and acknowledging that they are hard to have. People don’t want to mix that with the jovial day-to-day stuff: it’s not a run-of-the-mill chat.

“Because people get that alert and are able to respond, it gives them critical time to prepare for that conversation. You might call up a friend on the phone and say ‘I need some help’; but what if they’re cooking dinner? Or putting the kids to bed? It’s not practical.

“There are services out there that connect strangers to strangers, but we don’t feel that is a recipe for success. Services that are anonymous lose critical minutes as you have to establish context.”

People can also use the app to access professional MHFA-trained support, while Candle Lighthouse is a feature which makes clinical listening skills available to anyone via e-learning. “You may not feel adequately prepared to have the conversation,” says Nolan. “Part of our responsibility at Candle is to give you the skills to do that.”

Nolan graduated from Manchester Metropolitan University in 2018, while his wife gave birth to their first child two days before our interview. 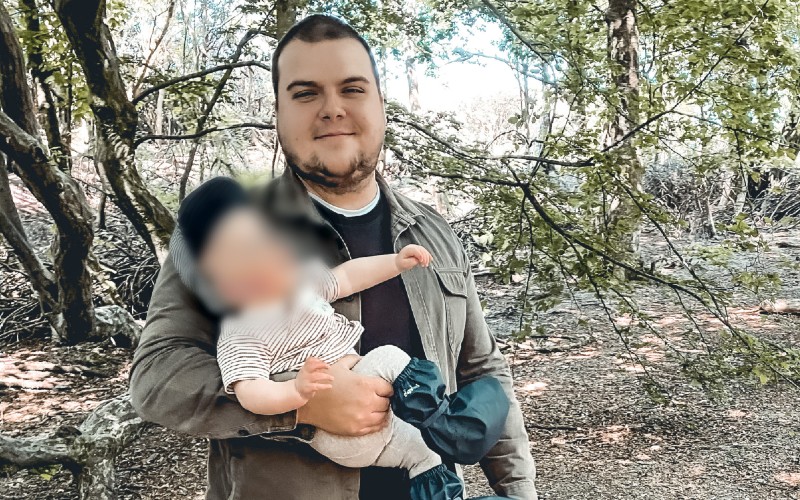 “Before going into this, I’d worked in a couple of startups [as part of my degree], but I was just focused on product,” he admits. “I’ve since spent many evenings to understand how to do sales, pitching, marketing.”

He recommends Startup School, an eight-week online course from Y Combinator in Silicon Valley, as a valuable resource. “That was a huge gift to us because the content on there just really breaks down what you need to do to build something that people actually want – rather than just tinker away and try to tell people what they want,” he says.

Candle offers plans for businesses of all sizes – it’s free for up to 15 humans – and the goal is to reach as many people as possible through business signups.

“We’ve opened our first fundraise now for pre-seed money,” says Nolan. “In the next 12 months, we want to scale to £500,000 recurring revenue, grow the team and build relationships with our partners.

“There’s a huge rising tide of awareness around mental health, almost an emotional renaissance. People are being more outward, while those who have not been exposed to the depths of some of those issues are now more aware and compassionate.

“We’re not looking for people to use our platform instead of something else – we’re there when you need us.”

Texas base is ‘natural progression’ for Yorkshire scaleup

Texas base is ‘natural progression’ for Yorkshire scaleup