One of the more interesting stock market flotations of the year – at least to my eyes – was that of Northcoders.

While Deliveroo and Darktrace hogged the mainstream media headlines in London and beyond the UK, the coding school founded in Manchester in 2015 quietly became a publicly traded company.

The IPO on the London Stock Exchange’s junior AIM market in late July valued the company at £12.5 million, raising £3.5m to grow its model across the UK. However CEO Chris Hill had other reasons for listing: chief among them, loyalty to his colleagues.

“A lot of our team have been here for a very long time. For me, the reason to IPO was to create a market for those people’s shares: we wanted to give out as many shares to people as we could,” he reveals to TechBlast.

“As we grow, they’ll be able to see their shares growing with it.”

Four months on, its market cap is closing on £16m and Hill’s decision seems validated, especially as the company returned to profitability following the worst of COVID-19. The business had offers from venture capitalists, but he says there were elements of those deals he wasn’t entirely comfortable with.

“VCs loved the Northcoders business model as we’re cash-generative, we’re profitable and we’ve got a big market to go at,” he says. “But an IPO allowed us to align the interests of the shareholders and the business.”

Northcoders is proud of its North West heritage but expanded to Leeds in 2019 and new hubs are coming in Newcastle, Birmingham and Sheffield.

Set up as a training provider for people looking to re-skill in technology, it has increased its hiring partners to include the likes of NHS Digital, PrettyLittleThing and FTSE 100 publishing group Informa.

However it has also expanded its services, becoming a direct apprenticeship provider. It says this has opened up a significant opportunity to grow revenues in an area expected to continue to receive substantial government support.

“There’s a huge gap here in the UK: two-thirds of companies are planning to invest in tech training for their employees,” Hill explains. “People are getting through tech positions quickly and companies can get caught out if they do not keep up with the market salary.

“In this era of remote and hybrid working, they are also now competing with London companies on salary and could find themselves losing people due to the North/South pay gap. And technical enablement is everywhere: we recently placed a software developer apprentice with an egg farm! Everyone is looking for autonomy.” 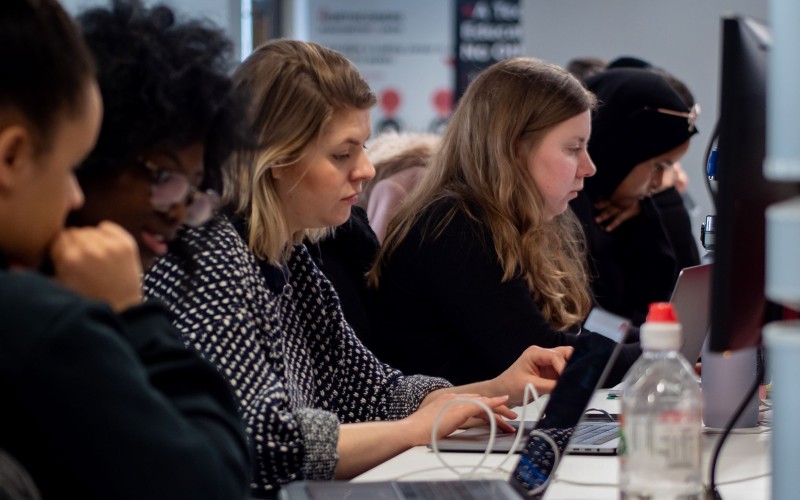 That is where Northcoders’ ReSkill programme comes in, which helps companies to train existing employees with little or no prior coding experience into fully trained, project-ready developers.

“If a company is adopting automation technology, rather than losing a loyal member of staff, there is an opportunity with Northcoders to keep them.

“Not everyone can be a coder; but a coder can come from anywhere. You can also get some fantastic employee loyalty from bringing people through apprenticeships – and the government is now incentivising companies to go down this route.”

For example, the ReSkill programme recently teamed up with technology and engineering consultancy BJSS in Birmingham to offer 10 local SMEs and startups the chance to enrol one of their employees on to a course that will improve their digital skills and lead to a Level 4 qualification in software development – at no cost to the firm or the individual.

How to become the world’s fastest-growing FinTech

COVID was a huge challenge, Hill says, but has ultimately led to a more scalable business model.

“We are a human business: we couldn’t just continue to operate regardless of what was going on outside in the big wide world,” he says. “It hasn’t been the easiest business to build anyway; not that any business ever is.

“But our team were fantastic in coronavirus. Some of the decisions we made together were very, very painful, and led to us having what people would say was a bad trading year – but we knew that we couldn’t just carry on as we were.

“One of the most important things was to stop taking on new learners as we wanted to ensure that the people we had already taken under our wing were going to get the result that they expected from Northcoders.

“Yes, the hiring market slowed down; but it’s really ramped up now at two, three times the pace. So we got a successful outcome – albeit it took a little bit longer. If we had continued to run our business like nothing happened, selling new courses, enrolling new people, carrying on working with businesses in the same way that we were doing before, I don’t know if that would have been the outcome.

“We have now built a more sustainable business model. Obviously it was a shock to the system, but we’ve taken all the best parts of what Northcoders was pre-coronavirus – the in-person stuff is important – but added that flexibility.”

The background work which goes into a successful IPO

The potential for scalability has improved due to a new model where people can learn remotely where necessary but remain connected to central hubs in the major cities, maintaining the company’s sense of community.

“We’ve got a system whereby someone can be in their company office in Plymouth, working with a learner in the hub in Leeds on a project. Someone in Manchester can then come in and help them debug,” he explains.

“We invested heavily in our platform and tooling for people to work from home; we even have automated marking suites now.

“We also built a free-to-use jobs board for companies looking to hire our graduates, as we couldn’t interact with people in the same way that we used to, getting out to tech networking events, or inviting people into the campus to have a look at what we were doing.”

More than 250 companies have hired a Northcoder graduate, with 95% of students finding employment within 44 days of completing its training courses – a figure that Hill proudly confirms has remained consistent throughout the company’s history. 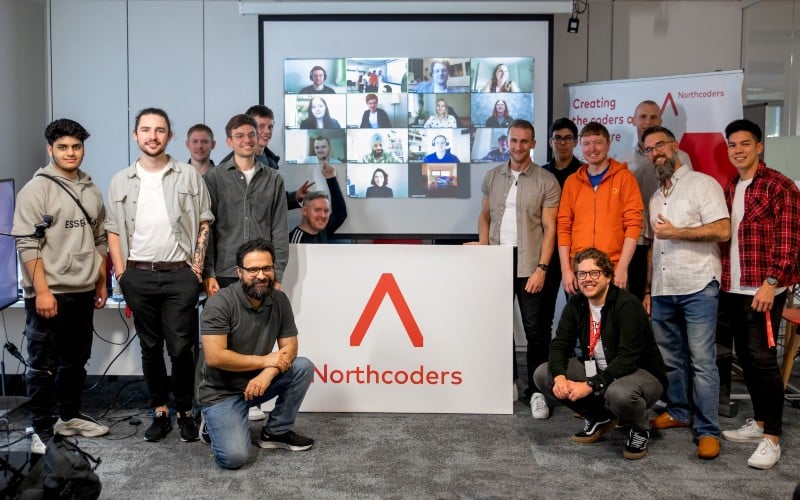 “Our grads earn above the national average wage. We’ve changed people’s lives for the better. We are now widely known as the coding bootcamp for the North,” he says.

At 36, he is in the younger bracket of listed CEOs. “It was a very new and difficult experience, but I’m not shy of a challenge. Our CFO Charlotte Prior and I are relatively young and are certainly new to PLC, but we’ve been well-received. We’re always willing to learn about new things and make the extra effort required. Looking back, we can see we’ve learned a lot.”

He adds: “The experience has actually made us realise we were doing a lot of things right. There are a lot more rules and scrutiny around a PLC… I know that some companies make that change and it’s a shock to them.

“But it’s a testament to our team, operations and board that our corporate governance was up to scratch and we were running the company properly.”

The involvement of Sandy Lindsay MBE, founder and chair of communications agency Tangerine and apprenticeship provider The Juice Academy, as a non-exec director then chair helped build Northcoders in the right way.

The company is open to making acquisitions in complementary sectors following the IPO. “We’re in a fragmented market with lots of small but good quality providers,” says Hill.

“We’re able to access capital quickly, transact and invest in appropriate businesses. For example, if a cybersecurity training company were to become available, there are two synergies there: they are delivering something that we cannot and they’re in a market that we are not currently operating in.

“Their clients can then benefit from the other parts of Northcoders Group, growing their business; while our own clients will benefit from having access to their expertise and resources.”