An insurance broker is jumping feet-first into the metaverse after a successful pilot.

Glasgow-based hubb was founded in 2019 to bring transparency to commercial insurance broking. It’s name is an acronym of ‘honest, usage-based broking’.

It says this mirrors other industries in which customers pay for the service they actually use; while in turn, its earnings directly reflect the service levels that it provides.

After metaverse, a catch-all term to describe the move to interacting in the virtual world, became the buzzword of 2021 – with Facebook rebranding its parent company to Meta – hubb saw an opportunity to benefit consumers and the insurance industry alike.

“We began the exploratory phase of our metaverse adoption at the turn of the year, and – after a successful pilot – we’re now in the process of moving everybody over,” said COO Edward Halsey.

“Amidst the shift to remote working, we saw the metaverse as a way to have our working culture cake and eat it. We didn’t want to lose the many advantages of remote working – there’s no need to uproot a team that spans the UK from Scotland to Sussex – but, at the same time, we recognised that some aspects of working culture benefit from face-to-face interaction.

“Several of these aspects can be easily taken for granted – learning by osmosis, onboarding, and the ability to make casual conversation, to name three benefits of in-office interaction that you don’t really notice until they’re gone – and aren’t replicated in a Zoom call.

“Onboarding is a particularly key issue for us, since – as a start-up – most of us are, in one way or another, new starters.

“The virtual worlds of the metaverse split the difference, allowing us to interact in a more natural and human way without needing to leave the comfort of our homes.” 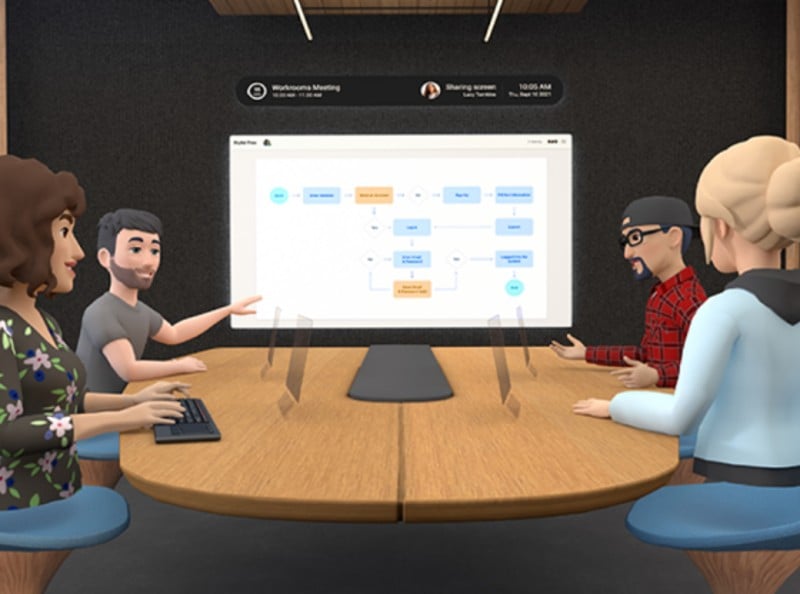 hubb says the metaverse provides a new means of engagement and working that enhances customer service, given they can meet ‘in person’ wherever they are in the world.

Its workforce will also benefit from a hybrid working environment that will enable them to attend meetings and receive training from the comfort of their homes.

“Of course, so few people own VR headsets. And, of those who do, they tend to be used solely for gaming purposes. The idea that there are business applications for devices that are either completely unfamiliar or used to simulate alien invasions on the weekend will take some getting used to.

“Fortunately for us, our team very quickly got used to VR – in fact, we’ve found people expressing surprise at how the initial weirdness swiftly gave way to feeling completely natural.”

The bias we faced after launching our business as teenagers

Halsey says businesses should look to follow its example. “Even if you leave aside the obvious cultural shifts towards remote working in a post-pandemic world, there’s just such a strong business case for hiring people based solely on talent rather than location. Why limit your hiring options to a postcode?

“As for our early adoption, I’d like to think this is a good example to follow purely because it allows us to react quickly to new developments and remain ahead of the curve.

“That’s not to say we use the metaverse for everything – we don’t envisage a future that involves eight hours per day of wearing a high-tech helmet. But it’s important to get an early sense of how and where the metaverse adds value.”

He says it’s important to remain realistic in terms of the practicalities of the metaverse.

“We’re under no illusions as to how long it’ll take before we have client meetings in virtual spaces as standard,” he admits. “However, anecdotally, we find that clients and businesses will often have a bit of a ‘lightbulb’ moment when we mention our metaverse plans – it’s novel, it’s of interest, and they see the benefit.

“The important thing is that if and when they act on that interest, we’ll be ready, waiting, and operational – not scrambling to jump on a bandwagon that we don’t yet understand.”

hubb uses Facebook Workplace as its platform of choice.

“Within that, we’ve customised our initial office space by decorating the walls with marketing campaigns – not to mention the massive oil painting of our CEO on the wall… all in good fun, of course!” Halsey jokes.

“I believe our next team social is going to take place in the metaverse – we’re going to play golf at a virtual driving range. I imagine this might just become a more popular venue than the office.”