In January this year Andy Sawer, co-founder of Pareto Law, died after a 16-month battle with an aggressive type of brain cancer called glioblastoma.

The following day his business partner Jonathan Fitchew went into the office they’d shared in Wilmslow, Cheshire, and realised immediately he couldn’t work without his best friend.

“I shared an office with him for 26 years side-by-side and as soon as I walked in I knew it was over and I had to leave,” recalls the 59-year-old, who is also an investor in North West-based Venn Digital and a cloud hosting provider called Next Connex.

Fitchew has decided to share his experiences with TechBlast in the hope it will break down the taboo around talking about grief.

“It’s been the worst two years of my life because I lost someone who I loved dearly,” he says.

“We’d been on this amazing journey with Pareto Law, starting life with a great idea in a broom cupboard in Salford in 1995 and growing it into a £40m worldwide business with 400 employees.

“An individual doesn’t define a business, and Pareto Law continues to do an amazing job, but when Andy died part of me died too. I knew within a second of looking at Andy’s empty desk I was out.”

Fitchew, who is keen to stress that his exit from the business he co-founded has been completely amicable, recalls how he first met his future business partner up the Eiger in Switzerland.

“We were both working in the telecoms industry and met on a Mercury Communications incentive trip,” he says. “We were in Switzerland and went up the Eiger. Andy was such a character. We decided that if we ever had the chance to go into business together we would.”

Three years later they set up Pareto Law, which has nothing to do with law.

“In my telecoms business I’d hired a couple of so-called ‘experienced sales professionals’ and it turned into an expensive mistake,” he explains.

“It was back in the 80s and I think they were on £40,000 salaries with a BMW car, big Motorola phone and an expense account. During a five-month period they didn’t sell as much as a BT wall bracket!

“I decided I would never make that mistake again, preferring instead to hire kids out of college with brains and enthusiasm who wanted to grow and then mould them into sales staff.  That’s how Pareto Law was born.”

Pareto Law is named after Italian economist Vilfredo Pareto’s 80:20 principle and idea that 80% of a company’s sales will come from 20% of its sales team. 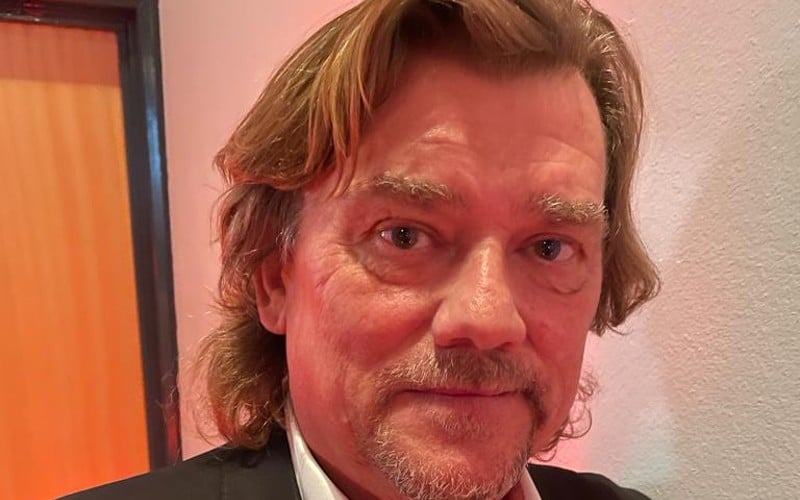 A quarter of a century later the company has trained more than 30,000 sales graduates and 150,000 sales professionals for leading businesses across the world.

Fitchew says: “At the start we had a teacher/pupil relationship but Andy watched what I did and he became the front and I became the back.

“We both had our own families but at work we were like a couple. Even if we disagreed in private we never disagreed in front of our team. We just had this very special dynamic.”

In 2008 Pareto was partly acquired by Randstad, a $22.5 billion global provider of HR services and the second-largest staffing organisation in the world.

The company won countless awards, clients and finished in top spot in The Sunday Times 100 Best Small Companies to Work For list.

Then came the bombshell just nearly two years ago that Andy had been diagnosed with an aggressive form of brain cancer.

“It was an awful time for his wife Nicole, his family and his friends,” remembers Fitchew. “I went on this journey of learning about his illness and his eventual death. I was with him every step of the way.

“I was with him in the hospice just a few days before he sadly died.  There were a lot of COVID restrictions but I was able to spend a few hours with him. I held his hand and to be with him at that moment was very humbling.”

He died with his wife Nicole at his side and Fitchew says he’s still coming to terms with the loss as he decides what to do next.

“Andy had so much charisma and kindness and I know I’ll never find another partner like him,” he says.

“I continue to be proud of Pareto Law but you have to be true to yourself and when Andy died I knew it was time for me to exit the business.

“As for me personally, I’m 59 and don’t feel ready to retire. Watch this space.”