‘Tragedy prompted me to finally launch my business’

Marc Schmid was 44 when he decided to start his own business but the idea had been a lifetime in the making.

The company specialise in supporting the NHS and social care teams in implementing technology and they’ve just invested £450,000 in a new agency called Redmoor Creative.

However Schmid admits it was thinking about his late sister Marie, who was killed in a car accident at the age of 15, which finally convinced him to take the plunge.

“You only live once and you never want to look back with regrets so I had to launch Redmoor,” he says. “Although the memories fade you never really get over a loss like that. I think I get a lot of my drive and determination from my childhood.

“Marie’s death taught me that life isn’t a dress rehearsal and the thought of that provided the push to me in deciding to become my own boss.” 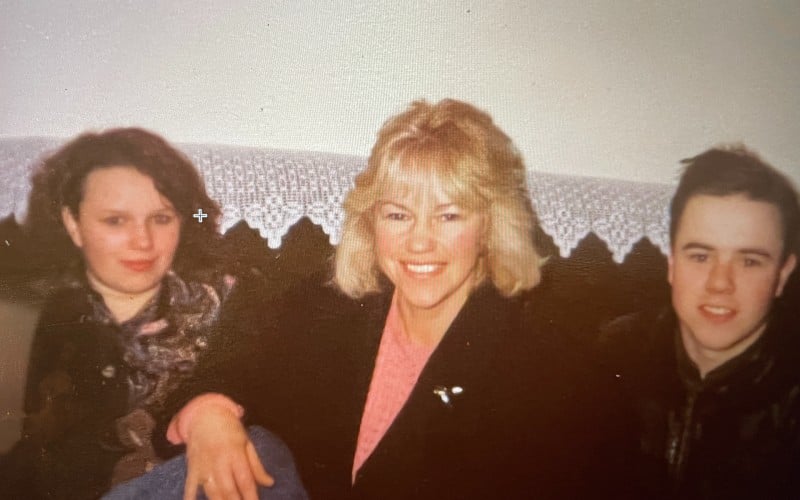 Marc Schmid with his late sister Marie and their mother Jenny

Recalling the tragedy in 1990 he says: “I was 18 and doing my A-levels and Marie was 15. She was my only sibling and was one of two girls and two lads in a car that hit a lamp-post. Marie was the one who died.

“When I think of Marie I remember her as someone whose personality filled the room she was in. She was a lot more outgoing than me and was a bit of a live wire.

“The tragedy is she was really settled at the time of her death. I remember having a conversation with her a few days before she died and she said she wanted a career as a translator. It’s the suddenness of her death that is hard to deal with.”

Fast forward 25 years and Schmid had a senior role as a head of service in a local council when he decided to launch Redmoor Health.

“As I started to develop the role I began to bring a lot of income into the team,” he says. “As satisfying as it was it suddenly dawns on you that you’re still bound by the restrictions of the public sector. I had a couple of opportunities that came about and I thought ‘if you don’t take the opportunity now you will never know’.

“At the beginning our offering was very narrow. We provided training for care home staff and some social media support for GP practices. That was it.

“Today we’re working with commissioners to redesign services. We’re looking at what the NHS looks like in the next two to three years. We provide technical support to GP practices to help them manage demand.

“We’re also developing really innovative applications that support the workforce.  I feel really sorry for people working in healthcare at the moment because they’ve gone through a really difficult time. A lot of people are leaving. Our job is to make their job easier.

“Technology has a massive part to play. What Covid has done is educate a lot of the naysayers in the system about the value of tech. It’s taken a lot of the suspicion away from technology.”

The Redmoor Group has grown to 25 staff following a flurry of appointments, including Schmid’s wife Alison as corporate director.

Last year the company moved to Strawberry Fields Digital Hub in Chorley on the back of a series of high profile client wins.

Schmid decided to launch Redmoor Creative because so many clients were asking for marketing and PR support.

“We were always developing animation but we were outsourcing it and I’m delighted that we have the capability in-house,” he says.

“We can keep control of the quality and add additional value to the work of our clients. If the NHS has got a programme it’s great that we can help bring that programme to life.”

Three years ago Redmoor was predominately working in Lancashire, Staffordshire and a little bit in Yorkshire and Cumbria but it’s now working across the UK.

“In Norfolk alone we’ve trained up over 1,000 staff on Microsoft Teams on how to collaborate more when you can’t meet up,” he says. “That’s been multiplied all over the country.

“We’re five years old in 2022 and looking back my advice to anyone else is to go with your instinct. Trust your judgement. Be careful in the early years when you make decisions. Don’t tie yourself up obsessing about brands early on.

“It’s all about building relationships and generating a reputation as an organisation that delivers a quality service – once you get this right the rest will follow.

“When you see an opportunity, mobilise yourself really quickly and have confidence in yourself.

“Bring people in when you need them not when you can afford them. I tell my own kids that things soon catch up with you. You soon get to 30. If you’ve got an idea and drive you need to do it when you can. You only live once and you don’t want to look back with regrets – I know that better than most.”