Keith Tilley, CEO of Nottingham scaleup Intoware, advises startup entrepreneurs to raise enough money ‘to get your message out’

In the land of the startup, cash is king – and you may never have enough of it, says Keith Tilley.

Tilley knows a thing or two about business. In 16 years at IT disaster recovery services giant Sungard – founded in the UK before a US takeover – he would run the $400m revenue European arm of the company before ultimately becoming vice chair of a $1.4 billion global enterprise.

“I spent way too much time in planes!” he jokes with TechBlast. “I decided that I wanted to take a step back from that, do some NED (non-executive director) work and investment.”

One of the companies in which he invested was Intoware, a Nottingham startup which had built a mixed reality digital workflow platform for industry, WorkfloPlus.

Before the end of 2019 he had been lured back in after agreeing to take over as CEO. “My advice to startup entrepreneurs? Be prepared to work bloody hard! It does take that,” he says.

“Having done that [at Sungard], come out for a while and now gone back in, yes, I missed it – but I forgot how long the hours are.”

The startup recently enjoyed its most successful year since foundation in 2015, with revenues of almost £1 million and an increase in monthly recurring revenue of 40%. It followed this by coming in ninth on our sister publication BusinessCloud’s FactoryTech 50 innovation ranking.

WorkfloPlus – which can be accessed via smartphones, tablets, desktop and RealWear wearable devices – digitalises checklists and auto-generates instructions and reports. Intoware has a growing industrial client base from the utilities, manufacturing, rail transport, civil engineering and offshore oil sectors, including a number of FTSE 100 companies.

“Tenacity and belief are vital,” Tilley, who sees “huge potential” for Intoware, says. “Most investors will decide whether they believe in both the people and the product before investing.

“You might say ‘the company’s going to be worth this in X years’ – but you won’t get there unless the investor buys into you and what you’re trying to do.” 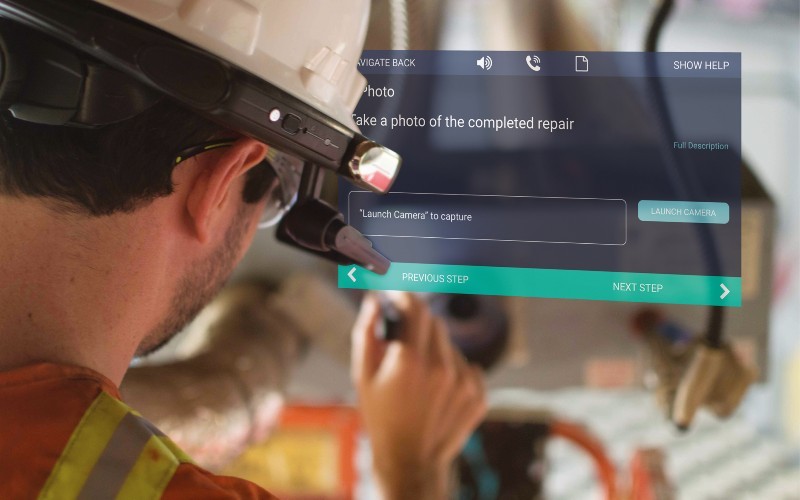 Intoware was born within Kopin, an American company which makes glass for immersive technology such as pilot helmets. Having acquired a Nottingham consultancy to develop the software for its products, it ultimately decided to concentrate on the hardware side of its business, allowing Intoware to spin out with the help of angel investment. Kopin remains a key shareholder in Intoware.

A lean business with a workforce in the ‘low-20s’ who recently appointed Brad Flook as its new sales director, it is tentatively looking at raising a Series A round of investment next year.

“If you think you need a million pounds [of investment], you probably need four!” Tilley says with a wry smile. “Never underestimate the amount that you need.

“You need that initial capitalisation to make sure that you can get your message out. It’s a big market, no matter what you’re doing, and you have to get your voice heard.”

‘Seeing a jumbo jet take off at nine inspired my career’

‘Seeing a jumbo jet take off at nine inspired my career’