You may not have heard its name before, but Axiologik has touched the lives of millions of people during the pandemic

“I was working with the NHS in January 2020 when we first started to hear about a new infectious disease that was emerging out of China,” he recalls to TechBlast. “In my role at the time I was responsible for several of the major central IT systems for the NHS.

“We were very busy in February and March updating these systems and we had to iterate a lot of the IT systems and get the NHS ready for the pandemic.

“Back in March 2020 the chief executive of NHS Digital asked me effectively to take up the set-up of the COVID testing digital services to get a PCR and lateral flow test.

“I was personally involved in setting that up from March 2020 through to August 2020 when I handed over the day-to-day running to somebody else, but kept oversight until mid-2021.”

“The chief executive of NHS Digital at the time said ‘we’re looking for somebody to help us get the tech for the vaccination programme up and running… can you come and help us for eight weeks?’” he recalls. “Here we are 14 months later and we’re still providing leadership for those services.

“Although not many people will know the Axiologik name, everybody in the country will have been touched by Axiologik through the projects we have led on in the past 18-24 months.”

The company was founded by Rob Stanger, Davison and Adrian Stanbury and has grown by 100% in each of its first five years. In the current year, turnover is set to grow from £6.5 million to £15m.

The UK’s vaccination programme has been widely praised and has seen more than 135m jabs administered. 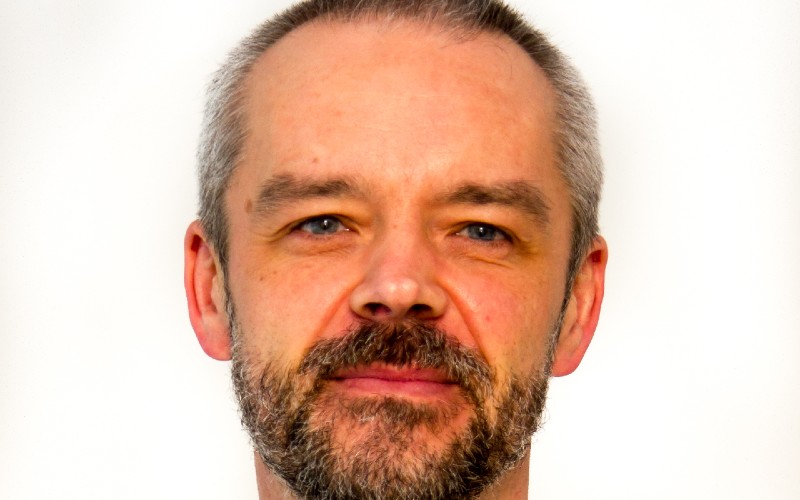 Davison is used to tough challenges, having previously worked on the introduction of the London Congestion Charge, but says COVID was unchartered territory for everyone.

“We’re used to working in environments with high pressure, with deadlines that are quite often difficult to achieve, when there’s no playbook and lots of uncertainty,” he says. “There’s no clear roadmap because they’re world firsts.

“There was no real understanding of what was happening and what we needed to do. There was lots of pressure on politicians to respond and that results in imperatives, deadlines… and you have to work with great speed.

“Once you’ve climbed one mountain there’s another mountain that you need to scale the following day. That’s how you design your software to deliver.

“You build your software for extreme pace and extreme resilience which allows you to be much more agile and nimble.

“In a world where you’re setting something up new you have the opportunity to do great and wonderful things with software if you set it up right at the start.”

One of the challenges for Axiologik has been that a lot of the people they’ve been working with, including clinicians, to design these new systems have come down with COVID themselves.

Davison, who has previously worked for Deloitte, says Axiologik’s growth has been on the back of word of mouth, referrals and from other clients.

“We’re really proud of the fact that we’re not really a sales and marketing organisation,” he says.

“To get where we have without over promising and under delivering is something we’re very proud of. Our reputation is backed up by delivery.”

The company now has more than 100 consultants and Davison admits there’s a lot of competition for the best staff.

“We have always said that our ability to grow will be constrained by having the best people in the business,” he says. “We have never wanted to dilute the brand. We have always wanted to have people working for us who are at the top of their game.

“We are in a competitive industry. All IT firms are growing at the minute and there’s a lot of competition. Like everyone else we’re fishing in a small pond.

“We’re looking for people who are the best in the business to join us. We have done pretty well and in the last six weeks we’ve hired nine people.

“We hope we can sustain this growth trajectory but we won’t compromise the calibre of people who work for us and the service we offer to chase growth.”