‘Supporting my family at age 11 made me resilient’

Mark Dunne recalls looking after his younger sister at the age of eight because their mum suffered from a drink problem.

By age 11, he’d taken his first job – washing pots at a garden centre – so he could put money aside to support his family.

His upbringing, he says, was far from traditional, and has motivated him to provide a better life for his partner and young children.

The waste management tech business he founded in Bury in December 2017 turned over £2 million in its first year and this month underwent a major rebrand, as Newtral. 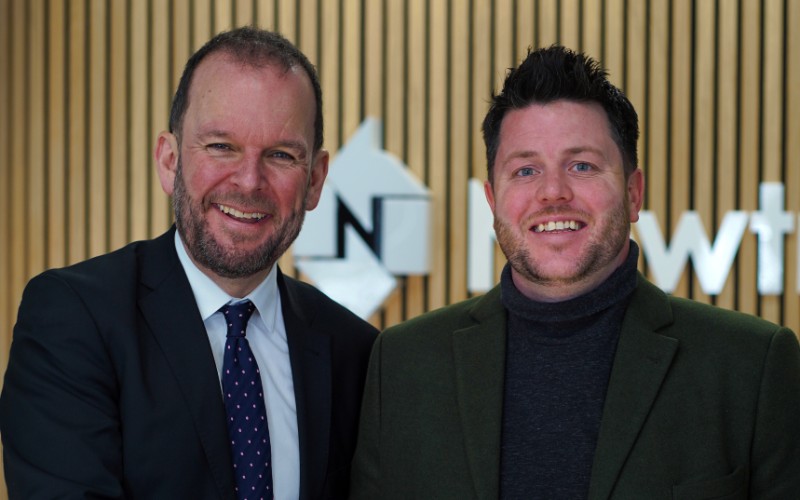 While his experiences early in life could have sent him down the wrong path, he believes they actually spurred him on.

“Adversity becomes like a coat of armour – you go through difficult situations and come out a lot stronger,” says Dunne, who is Bury-born-and-bred. “Sometimes you have to keep bringing up the past, the hardest day you’ve ever had, to make you realise that, actually, the bad day you think you’re having isn’t that bad at all.”

“I was at high school and home just wasn’t a nice place to be, so it wasn’t a great period,” he says.

But working life, along with living with his grandparents, had provided some stability. When the work ethic bit him early on, his garden centre job soon led to a similar role at a nearby pub and restaurant. There he’d catch fish in the mornings and wash up in the restaurant by night, working alongside adults and often notching up 70-hour weeks.

Though he was bringing in more money than his school friends could ever dream of, he was working hard for the £2.75-an-hour role and says he soon cottoned onto the idea of working “smarter”. Moving on to an Italian restaurant job aged 15, he was able to work five hours a day for the same money he’d earned for 12 hours.

His hard-earned cash soon caught the attention of teachers at his high school, who discovered a bank statement for an account containing thousands of pounds in his blazer pocket when it was handed in to lost property. “They knew my situation, with my mum drinking, and they thought I was into something I shouldn’t be because it wasn’t normal to have that kind of money,” Dunne says. “I had to bring in my wage slips to prove I’d worked for the money and my teacher cried when I showed her.”

Leaving school at 16, he says his business education came through those he’d worked for – and the situations he’d dealt with. “Life could feel hard because you’re working hard, but the reality is that it becomes easier because you’re putting the graft in,” he says.

Dunne left the restaurant at 25 to set up a property maintenance business, devising software that enabled the business to manage installs. “I knew that I had to stick to my strengths,” he says. “For me to be a plumber, I’d need to be time-served but by using the software I could install 300 boilers in six weeks by getting the best people to do the best jobs in the best places.”

He later ran a skip-hire business with relatives but the partnership ended, leading to him setting up Newtral in 2017.

Then known as Wastesure, the business began as a hire business with just one skip and was soon offering environmentally friendly, compliant and economical waste management solutions via a network of suppliers nationwide – hitting £2m turnover in the first year.

Its innovative approach helps customers, from construction companies to those in the water industry, achieve a 99% recycling rate for their waste, thanks to technology.

The software devised by Dunne allows Newtral to allocate the most relevant supplier to a job, generates all of the relevant paperwork and compliancy documents, provides e-signature capabilities and calculates the most environmentally friendly routes so waste is removed in fewer journeys. For waste that cannot be recycled, the tech calculates carbon emissions and Newtral offsets them by planting trees to result in waste that has zero impact on the environment.

“We can do more, and make more of an impact, using technology,” he says.

The success of the net-zero mission led to the rebrand and restructure this month, which aims to take the business to the next stage of its growth.

Dunne is now keen to influence the hundreds of pupils who walk past his offices, taking the same route he did as a teenager.

“I’d like to be a mentor for younger people who have experienced adversity like I did, to show them that you might be the black sheep but it’s what you do with those experiences that counts,” he says. “People used to tell me I was a dreamer for wanting my own business – they told me to just go and get a job – but if you work hard and have a positive mindset then you can achieve everything you want to.”

Now awaiting the birth of his fourth child, Dunne is in a position to give something back to the town he has grown up in – through investing in property and an involvement in securing Gigg Lane, former home of Bury FC, as a community asset, which was revealed to the public last Friday.

“I’ve lived in Bury all of my life and the experiences I’ve had have contributed to making Newtral the success it is today, so I was keen to give something back,” says Dunne, who previously played Bury FC mascot Robbie the Bobby on matchdays.

“And if I ever think I’m having a bad day, I think back to my truly bad days and that brings some perspective.”