Gary Woodhead wants to drive a tank through the stuffy world of real estate – and he knows a thing or two about driving tanks.

He’s one of the co-founders of Leeds-based startup CurveBlock, which gets people to invest in green property development projects in return for a share of the profit.

A percentage of all profits (5%) will be used to tackle homelessness and the housing crisis.

It’s all a far cry from Woodhead’s first job in the 1990s when he served with the 1st Royal Tank Regiment, which is part of the Royal Armoured Corp.

After initially driving their main battle tank Chieftain he became a tank gunner before leaving the army and eventually becoming a tech entrepreneur.

CurveBlock aims to democratise the world of real estate and is based on a profit share model.

The company deploys modern methods of construction so that houses and holiday lodges are built off site. By using renewable technologies they’re ‘energy positive’, meaning they produce far more energy than they consume whilst having zero energy bills. 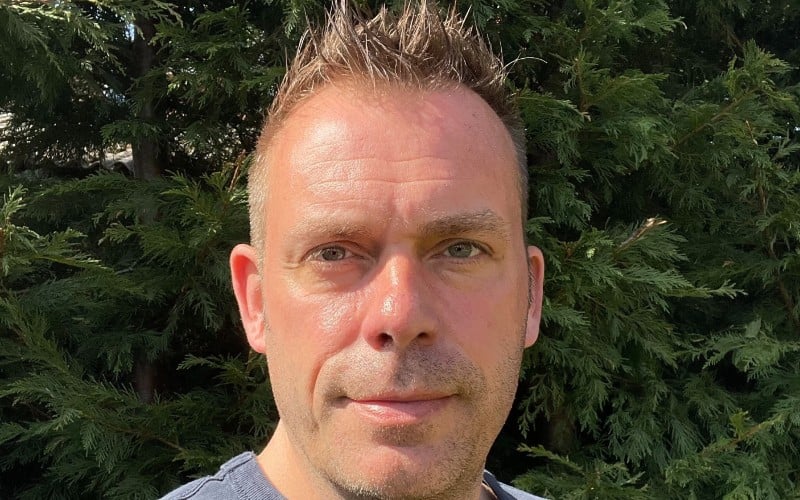 Gary Woodhead, cofounder of CurveBlock, as he is today

Any surplus energy is stored in batteries, used to charge electric vehicles, routed to other building to power them for free or sold back to the grid and monetised.

CurveBlock is creating a fund which invests in real estate and lodges which no longer require fossil fuel.

The company is currently building out its platform with its technology partner Excellida Ventures.

“We are 100% behind green movement and innovation, we have to embrace zero fossil fuel property, it’s the legacy we’re trying to leave behind for future generations,” he says.

“Business shouldn’t just be about the profits. The homeless and housing crisis is growing at a significant level and can’t just kick the can down the road. It needs tackling and 5% of all our profits will be funnelled into this cause, all voted for by the CurveBlock community.”

Curveblock has  converted over £600,000 of equity investment to date along with another £1m committed from the current investors.

Woodhead describes the deal with Excelledia Ventures as a ‘game-changer’.

“If you think about the amount of startups who have great ideas, but can’t raise funds to build out the tech, or they might not be technologists,” he says.

“Those reasons see thousands of startups die. Excellida Ventures are so unique because if they like an entrepreneur’s startup idea they could be open to building out the tech side for equity. That’s such a game-changer for the startup world.”

Last week CurveBlock was included in Leeds City Region Tech Climbers list and Woodhead wants to see the CurveBlock platform in as many countries as possible.