‘Luka Modric, Silicon Valley and me’

A lot has changed in Ivan Klaric’s life in the last 10 years.

Back in 2012 the then 23-year-old Croatian borrowed 3,000 Euros to launch his tech startup Score Alarm.

“I used to send emails to Silicon Valley firms but nobody responded to me,” he remembers. “It’s a great feeling to see that today everyone is responding.”

Score Alarm (now called Superology) was bought by tech giant Superbet in 2017 and Klaric relocated to San Francisco just before Christmas on behalf of his new business Sportening.

The app – which has grown to 250,000 users in 10 months and is now attracting 2,000 new fans per day – wants to grow to six million fans on the platform by the middle of next year. The aim is one billion fans.

“Silicon Valley gained more knowledge in the last 10 years in building consumer tech than probably the rest of the world combined,” he tells TechBlast.

“Almost all social networks came out of Silicon Valley. It has built an impressive amount of knowledge on how you build a social media business and the other side (is) the amount of capital accessible to startups.

“The investors in Silicon Valley know what the process of building a consumer startup looks like. They won’t ask too much about your monetarisation in your early stages but they will look at the product numbers.

“Based on that they’ll be able to deploy capital for growth while in Europe there’s a more traditional approach where investors are looking more for the financial figures and that doesn’t make sense in social media businesses.

“My entire vision was to build a bridge between Silicon Valley and Europe.”

More about Sportening later but who exactly is Ivan Klaric (other than having an uncanny resemblance to Spanish midfielder Cesc Fàbregas)?

He was 23 when he founded Score Alarm with two software engineer friends after borrowing 3,000 Euros.

“Back then in Croatia the only way to build a tech company was to bootstrap it,” he recalls. “From the beginning I was obsessed with product and quality and that’s what probably brought us success later.

“We started by building some projects for clients and then the money we made we invested in our products.” 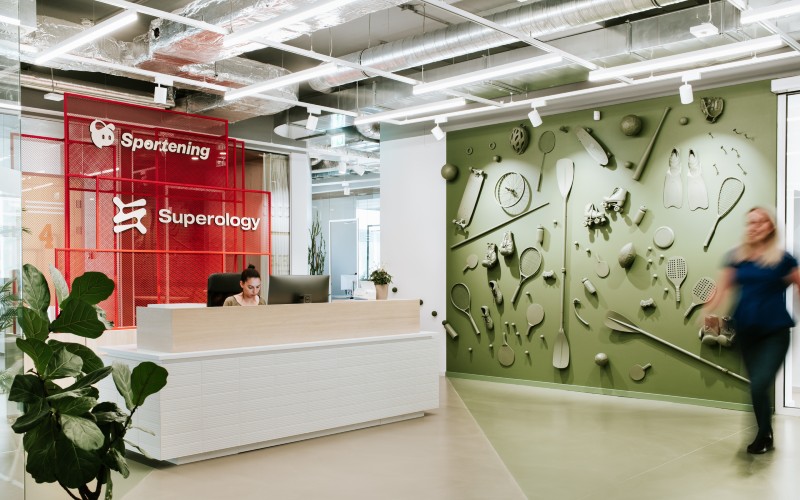 Score Alarm proved popular with betting companies because it allowed users to follow the scores, find all the relevant data and place a bet in the same app rather than have multiple apps open.

Klaric stayed on at Superbet as chief product officer but quickly had the idea that became Sportening.

“Prior to Sportening I was thinking about the problem that billions of (sports) fans are lonely and that Covid has made it worse because pubs, bars and stadiums are not always available and accessible,” he says.

“That was why I moved to San Francisco and Silicon Valley to start solving this big problem.

‘I found my nirvana moment after getting a personal coach’ – CEO

“Fans today are exposed to a very fragmented experience. They’re using five different applications for their activity but in none of them can they achieve a sense of belonging.

“To me it was unacceptable that sports fans, as the biggest community in the world, couldn’t have their own platform and network where they could discover communities with like-minded fans. We started solving that problem with Sportening.”

Sportening has focused initially on football but will expand into other sports with big fan bases.

“There’s a fact that 5% of people change their religion but only 2% of British football fans change their team during their lifetime,” he jokes.

Ballon d’Or winning footballer Luka Modric  is one of the high profile investors to get involved. “Taking football on its own, there are three billion fans around the world, so the potential is enormous,” explains the midfielder. “ I now want to give something back, by helping Sportening to build the biggest and best online fan community.”

Headquartered in Croatia, the app has a newly opened office in San Francisco headed up by Klaric  with a London office opening in the near future. The business is growing rapidly and currently has a team of over 50 people.

Klaric has this advice for anyone considering heading to Silicon Valley.

“Either have a great product and numbers or a great story,” he says. “If you go down to the bar somebody will probably work in a tech business. Reaching out to someone on LinkedIn or other networks could work but it’s not the best way.

“In Silicon Valley we’re planning to raise from consumer tech VCs. We are looking to build a small team, hiring for specific knowledge that we can’t find in Europe.

“We plan to build a bridge between Silicon Valley and Europe and let the knowledge flow between the two.”