It was back in 2013 that Neil Clough became a reluctant TV star.

Clough had been one of the favourites going into the final of BBC’s The Apprentice having impressed during the three tasks he managed.

Then it all went wrong. Lord Sugar, who described him as ‘the right man without a plan’, fired him in front of a TV audience of millions. It was brutal.

Fast forward eight years and Clough is definitely the right man with a plan as his business – This Is Prime – is on track to hit £1 million profit this year.

As the first episode of the 16th series of The Apprentice was aired last night, 40-year-old Clough says Lord Sugar was 100% right to fire him and says without his advice he would never have set up his company.

“The tagline – ‘right man without a plan’ – has stuck with me even to this day, especially with the start of the new series,” he recalls to TechBlast.

“The biggest learning from the show was that the feedback from Lord Sugar was completely accurate. As tough as it was to take at the time, it was completely right.

Clough co-founded This Is Prime in 2014 with Nicole Plinston and now has 18 staff and offices in Manchester and London. In the last eight years the company has trained more than 8,000 gradates and trainees in how to be successful in sales.

Now a father-of-three, Clough is in a good place but still regrets how the 2013 final of The Apprentice ended up.

“When you’re competitive you want to win,” he says. “For me the thing about The Apprentice was I was close to winning something that I could have been so proud of. I lost because of a business plan that was written three months before the show.

“The frustration was it wasn’t necessarily down to performance but rather a business plan. The flipside of that was it was the right decision. If you’re willing to learn from your failures but never give up on your objectives, you can be successful in the end.”

Clough admits that Lord Sugar’s words were still ringing in his ears when he launched This Is Prime a year later.

“I went into the final of The Apprentice with an idea for an industry I did not know about,” he says. “Fundamentally that was where my plan was wrong.

“Prime is based on the advice I was given by Lord Sugar. The advice was ‘stick to what you know and not what you want to know’. It’s the one bit of advice that stuck with me and Prime was born on the back of that.

“I knew sales was what I was passionate about. I knew there was an issue in sales which was the retention of sales staff, particularly at the junior end, was poor.

“Nicole and I felt we could change that and training and education was the solution. That’s where the concept for Prime came from that. We’ll give candidates the skills they need to succeed and that’s why our retention rate has been so high over the years.”

The technology sector is where most of This Is Prime’s graduates and trainees end up and Clough says the business is underpinned by multiple tech platforms. 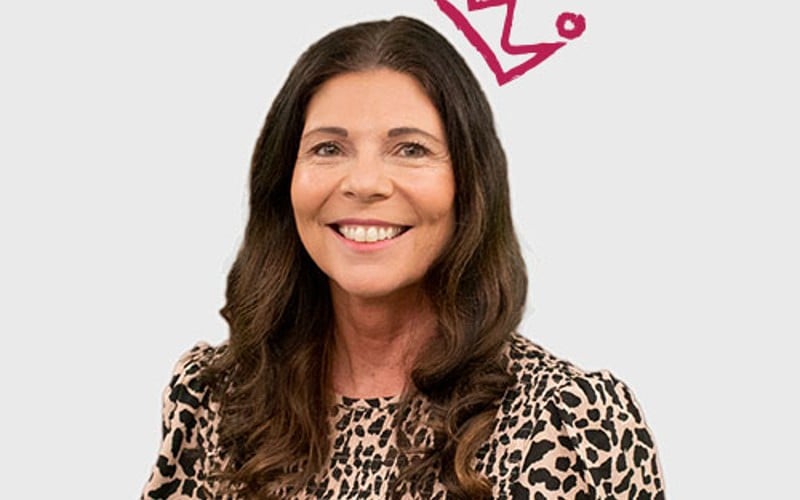 Clough is also keen to highlight the role of his co-founder Plinston in the company’s success.

“A bit of advice I would give to budding entrepreneurs is it’s a lonely place when you start a business off,” he says. “It sounds glamorous, but it’s hard when you do everything on your own.

“Nicole is an incredible sales trainer and a well respected person in the industry. We shared the same vision that we wanted to change the perception of sales.

“There’s still a stigma attached to sales. We think of the door-to-door salesman but we forget how many of the world’s top CEOs come from a sales background.

“We feel sales should be respected more. Without sales you have no business. It’s fundamentally the most important part of your business.

“We’ve trained over 8,000 graduates or trainees. Everyone has been given training in advance of landing their job.

“Anybody that the client hires can be part of our sales academy, which runs over the course of the first 12 months.”

After his bruising boardroom experience on The Apprentice, Clough has a clear business plan. “We have a three-year rolling business plan,” he says. “That is because so many things change. Everything changed when COVID happened and nobody predicted the change that would come from that.

“Business needs to be flexible but you need to look far enough ahead that you know where you’re going.”

Last year the company reported an EBITDA of £772,000 and this year it is on target to break £1m for the first time.

“Profit is a key metric in business but I also judge success in many other ways,” he says, “and the main one is the difference we have made in an industry that has been known for poor staff retention.

“I’d be proud if we exceeded £1m but I’m more proud of the difference that we have made to an industry I’m really passionate about.”

And of the future? “Initially, most people who set businesses up, especially recruitment companies, are thinking of exits,” he answers.

“We were no different. The biggest change we had in our business was when we removed that from our mindset. Now we’re more focused on the number of people we are making a difference to, the retention rates, the businesses that we recruit for rather than the money that we make.”

Neil Clough is now the right man with the right plan.