Veteran dealmaker Jonathan Boyers was looking at the stunning view of Manchester’s skyline from his desk at KPMG when he suddenly had an idea.

Boyers has been the head of corporate finance for KPMG in the UK for five years, during which time turnover has increased from £29 million and 45 deals in 2017 to £68m on 80 deals in 2021.

However, during an impressive 30+ year career as a corporate finance advisor, he’d lost count of the number of inquiries he’d fielded from tech and life science startups looking for early-stage funding of between £5m-£15m that he wasn’t able to help with.

Boyers’ expertise is in the buying and selling of companies, including Sykes Cottages to Livingbridge, Utiligroup to Energy Services Group (ESG) and Love Energy Savings to LDC.

“Early-stage fundraising is a different skillset so we were either not taking the clients on or not getting them away properly,” he recalls to TechBlast. “We passed some of the requests on to other people and others weren’t turning into completed deals. It was incredibly frustrating.

“Some of the businesses that were seeking £5m in investment three years ago were now worth £500m. It was a massive missed opportunity.”

To try and remedy the problem, KPMG UK started an exhaustive search several months earlier for a partner in the early-stage fundraising space and held several promising conversations.

Why DealCloud is the real deal

It was then that Boyers had his idea.

The multiple award-winning dealmaker has a reputation for thoroughness and posted on LinkedIn about what they were trying to do. The Acceleris deal was soon in creation.

Boyers recalled: “Norman Molyneux, the founder of Acceleris and I, have known each for years and it soon became obvious that they were the right partner for us to work with on this project.

“There was an immediate synergy. They’re authentic, professional and have integrity, which matched our values perfectly. Their technical skills filled the gap we had.” 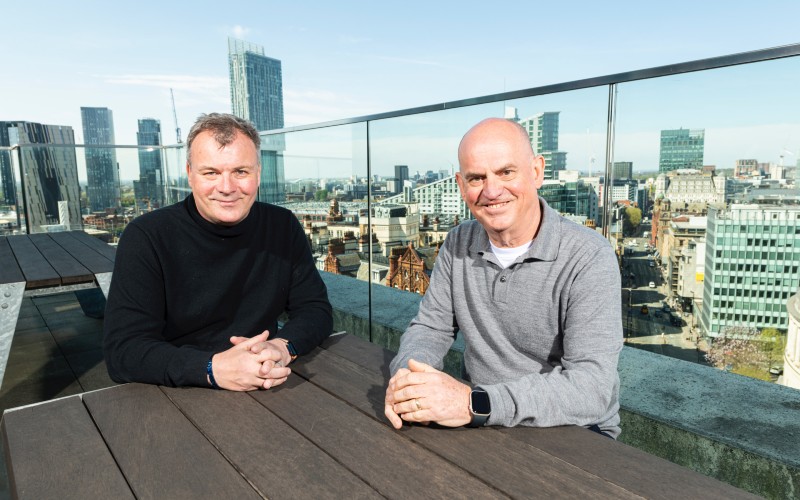 Fast forward and this week KPMG UK announced it had signed a potentially game-changing agreement to form a joint venture with Acceleris called KPMG Acceleris.

It will deliver a range of fundraising and advisory services to entrepreneurs in the UK and internationally, with a particular focus on businesses in technology, life sciences and ESG-related sectors.

The newly-formed KPMG Acceleris will be led by Molyneux, Simon Thorn and Patrick Molyneux, initially operating from Manchester and London, supported by a team of experts across the UK. The joint venture will also benefit from access to KPMG’s global network of advisors.

The JV is subject to the consent of the Financial Conduct Authority and the transaction is expected to complete later this year.

Following completion, KPMG UK will formally acquire 50% of the share capital of Acceleris, and Boyers will join the board of directors, alongside Warren Middleton, Manchester Office senior partner and Emerging Giants Programme Lead at KPMG UK.

Boyers is no doubt about the potential of the partnership. “My prediction is that within a year or two KPMG Acceleris will be a significant standalone business,” he said.

“The number one issue for most startups, particularly in the tech and life sciences sectors, is the need to raise funding.

“While there are various brokers, introducers and incubators offering some support to early-stage businesses, there aren’t many who are set up to advise them through the fundraising journey to maturity.

“Through our investment we’re combining the experience of the Acceleris team with the skills and resource of the KPMG network, so that we can help businesses grow from early-stage fundraising right through the lifecycle to exit, and beyond.”

Molyneux says finding the right investor can make or break a business.

“If early-stage businesses bring in investors who aren’t fully aligned with their plans, they’re unlikely to deliver on their original objectives effectively,” he explains.

“Making sure both parties are in sync makes a huge difference in not only the outcome, but also the value that can be realised.

“As a business we’ve been operating for over 21 years, and we’ve recognised that the industry could benefit immensely from improved processes and diligence earlier in the cycle, as well as better alignment between investors and entrepreneurs.

“Venture fundraising is difficult to navigate for innovative technology-based companies. Our mission is to significantly improve this process so founders and their businesses can thrive and make a positive impact on the economy.

“KPMG also recognise this and that’s what makes our joint venture so exciting and game-changing. Together we’re well positioned to better support entrepreneurs and investors, providing them with effective tools and processes which align to their plans, as well as monitoring and governance systems to help them navigate the different forms of capital as they develop.”