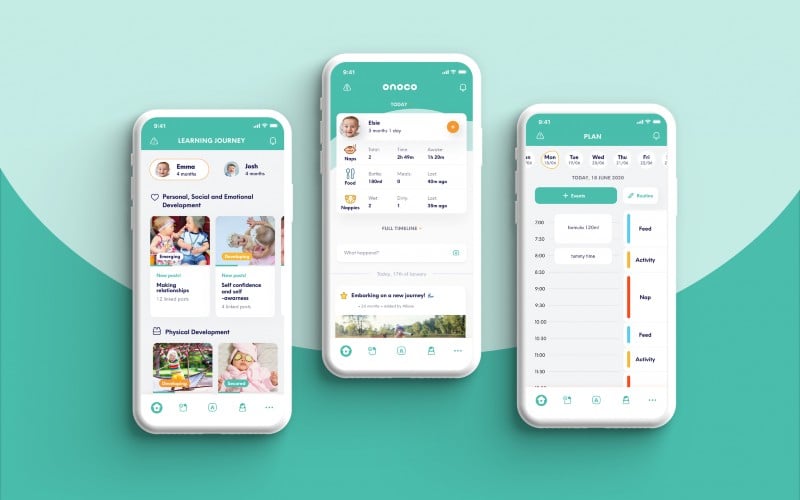 Zablocka, a former lead product manager at financial firms and the likes of Paddy Power and Betfair, was frustrated by the segmentation in the market for tools to track babies’ sleep, manage their nutrition, detail their activities and understand milestones.

An AI algorithm will be developed for the app to be included as part of Onoco Premium. This will be capable of analysing a baby’s habits to predict when they’re likely to be tired, as well as generating a customised schedule with supportive tips.

Onoco is based in London.

Zablocka: “When I first became a mother, I discovered parent tech wasn’t adapted to my needs. When I became a mum for the second time, I decided to apply my skills to develop a solution to help parents like me; those with a busy schedule who want to support their child’s development every day. As such, parents will also have access to the necessary information should they need to share it with a midwife or other health or childcare professionals. Every family is different – there are families made of just one mum and those made of two mums or two dads, while other families are the combination of two divorced families or have grandparents heavily present in a child’s upbringing. The saying goes ‘it takes a village to raise a child’ – so we want Onoco to be that village. We are going to uniquely apply the power of AI to enhance our prediction tools and improve family communication and baby’s development.”

Jeffrey Faustin, CIO at Jenson Funding Partners: “We’re thrilled to be leading the investment in Onoco. Margaret is working towards an incredibly important shift into how society thinks about childcare and the roles and responsibilities of caregivers within each family. As evidenced, interest in the parent tech sector is on the rise and we’re excited to be a part of it with such a forward-thinking business.”