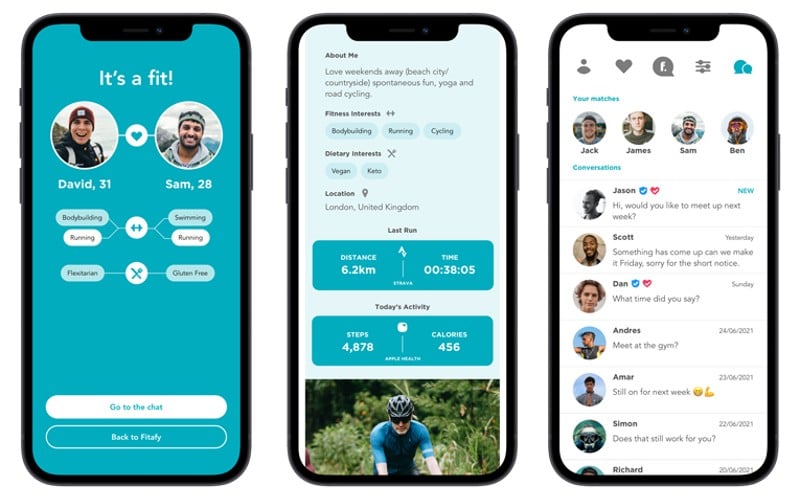 The app was inspired by chats with gym buddies who were ‘kicking fitness goals’ while their love lives stood still.

A dating app for finding a soulmate who shares a passion for healthy living.

Fitafy links to fitness apps and devices so potential couples can share activities and goals. Its API integration connects with Apple Watch, Fitbit, Strava accounts, Google Health and Apple Health so users can display a snapshot of their active lifestyle on their profile, right down to average calories burned per day or the time and distance of their most recent activity.

Fitafy was founded in Perth, Australia and has just launched in the UK. It will launch in the US later this year, fuelled by Series A funding.

Stephen Mansfield: “[Our buddies] were frustrated that existing dating apps are saturated with people who don’t share the same lifestyle values. It’s very difficult to filter them out. We hope the app also encourages users of all fitness levels and preferences to share and meet their fitness goals, whatever they may be. From walking to yoga to the team or elite sports, you’ll find a community on Fitafy.”

Cem Miral: “Active people are busy. Outside work, their hours are filled with exercise, healthy meals, and the many other commitments involved with active lifestyles. Unfortunately, that leaves very little time for finding meaningful connections.”