Will Hawkins hadn’t been expecting to set up a business when he organised a university reunion at the home of his beloved football club Southampton.

Fast forward three years and he’s the CEO of Manchester-based startup Circl, which has already raised £1m and is changing the world of sports entertainment.

However the young entrepreneur probably wouldn’t have set up a business at all if the Premier League match between Southampton and Crystal Palace hadn’t been so boring.

“The concept came by accident if I’m honest,” he told TechBlast’s latest Going 4 Growth roundtable. “I was watching a very dull football match between the team I support, Southampton, and Crystal Palace in 2019.

“I brought my mates from university. They don’t really like football but I’d organised a reunion at a football game so we were already off to a bad start – and then the game kicked off.

“Anyone who has been to a football match knows that feeling when you know you’re about to watch the worst game in history.”

What happened next was the moment that changed his life.

“I’m a rubbish bettor and my mates don’t really bet either,” he said. “I came up with an idea on the spot because I noticed the ball was going out of touch a lot. 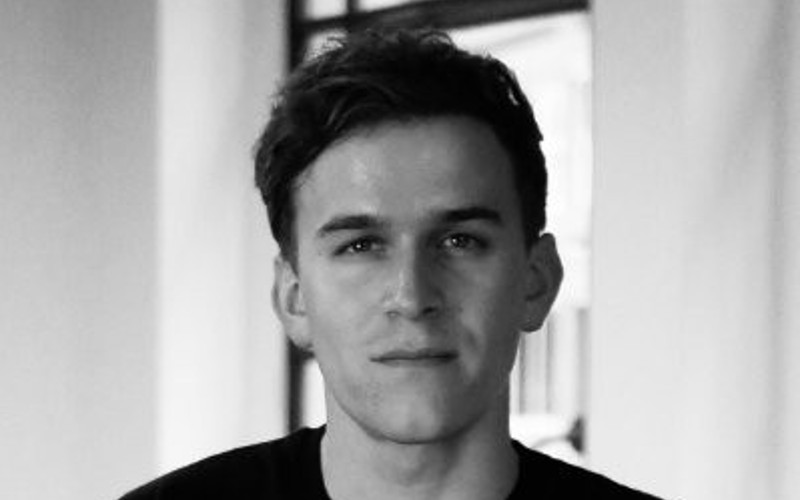 “I took my hat off and turned round to my friends and said ‘lads, everyone put a fiver into the hat. Each time the ball goes out of play, pass the hat on to your right’.

“I remember thinking at the time ‘this is crap, this idea isn’t going to fly’.  But 15 minutes into the game, and remember every one of these guys hate football, were absolutely ingrained in the match because we’ve changed ever so slightly the way you’re watching the game.

“It doesn’t matter who’s playing or what team you support. It’s all about what’s happening on the pitch.”

The game finished 1-1 but there was more interest in the crowd from what Hawkins and his pals were doing.

“I started getting pockets of fans around me asking why we were going nuts each time the ball went out of play,” he recalled. “It’s quirky. The winner was the one who was holding the hat on the final whistle. We did one at half-time and one at full-time.”

TechBlast partners with Trailblazing Tech for 2022

After the game finished Hawkins began exploring how he could turn the idea into a business.

“I’m a product guy right, I’ve worked in B2C startups,” he said. “It came to me that there was an opportunity for a low barrier to entry game where there were multiple millions of people just like me who don’t typically bet but wanted to take part in a fun and engaging game.”

Hawkins co-founded the business with Mark Quinn and Eddie Ross, which was eventually launched in 2020.

The business has 2,000 regular users and has already raised £1m and is currently trying to raise another £400k on Crowdcube.

The current total stands at just under £340k but Hawkins said he didn’t go down the crowdfunding route to raise money exclusively.

“A few days ago I got a £190k ticket from an angel syndicate. Happy days. However another investor, who I won’t name and is a regular customer of Circl, put in a whopping £25.60.

“He’s the one I’m really invested in because I guarantee he’ll go out and tell his mates about what he’s invested in.

“Cost of acquisition is a key play for us. In my opinion, the convergence between sports media, sports betting and consumer brands is the future of digital entertainment.”

“Gambling is a taboo word, I get it,” he admitted. “I’ll address the elephant in the room but I’m going to lay down the facts.

“However, the regulations are changing and therefore there is opportunity for new entrants that can bring concepts that are more socially inclusive and don’t focus on addictive exclusion. And that is something that we are really thriving on.

“We are a game for you and your mates and the worst case scenario is your mate wins.

“It’s a complete game of chance. We connect to Opta Sports as our data provider, providing us with real-time data. We’re using their fastest data provider. They’ve been super supportive.

“We’ve gotten smart with our platform. I’ve just explained to you one of our games is the number of times the ball goes out of play. Now we have different metrics that move the pot one to the right for a corner and two to the left for a yellow card.

“By adding these kinds of values, you’re starting to watch the game slightly differently. Last week someone won a £1,000 jackpot because there was a late minute substitution!

“We’re taking micro moments in the game and creating an experience on the back of it.

“It’s ultra scalable and works for any sports. We’ll be growing our product in multiple sports.”

Hawkins believes Circl can turn the world of customer acquisition on its head.

“One of the one of the biggest challenges in the sports betting space is the cost of acquisition,” he explained.

“One of the things that we’re trying to prove, and hence why we’re using Crowdcube as a vehicle like this and multiple other ways, is we believe that we can acquire customers for 30% of the typical cost of acquisition, which is what we’re showing at the moment.

“If we can continue that we can save firms hundreds of millions in marketing costs and acquisition costs.”

One of Circl’s co-founders – Eddie Ross – was the chief product officer at Mojo Mortgages and previously worked at Sky Bet, where he helped build a score prediction product called Sky Super Six.

“You predict six scores and win £1m,” said Hawkins. “The whole reason that concept exists is it’s a top-of-funnel proposition and uses a large fishing net to attract new customers and existing customers keep coming back.”

Circl has grown to six staff and is already looking at expansion into new sports and new countries.

“We’re in product market fit phase at the minute,” he said. “There’s a great saying which goes ‘if you’re not embarrassed by the first version of your product you’ve launched too late’. That rings true.

“We’ve got tonnes of new experiences. We’ve got eliminators. Things where maybe yellow cards eliminate you from the circle.

The ambition we have in the UK is we’ll look to grow in other sports but we’re already having conversations with VCs over in the US for our next raise where we’re going to look to build already concept building for the NBA the NFL.”

However the most exciting expansion could see it move into non-gambling areas.

“The whole reason we are labelled as being in sports betting and gambling is that we offer cash prizes,” he said. “We’re a game, which is why we’re also having conversations with brands.

“Now I’m having conversations with a number of B2C brands where we’re looking to offer our game experience where players can win 50% off their off their products for example.

“That means that we can go free-to-play which takes us out of the realms of gambling so we’re trying to dabble in both of those realms.”