From football touchline to trailblazing FinTech

Many a startup has origins in a conversation from the pub or workplace – but the idea for GoHenry was seeded during a school football match.

COO and co-founder Louise Hill was sharing anecdotes with fellow parents on the touchline while watching her son in action when inspiration struck.

“I started chatting with two parents about how topping up iTunes and games accounts was getting out of control – and how I had started pinning iTunes invoices to the fridge door to explain to my children why their £4 pocket money was now only 50p,” Hill explains to TechBlast.

“I realised that there was nothing in society that could help teach my own children about how to be good with money in an increasingly digital world.

“I am a firm believer in learning by doing [and wanted] to create a service that would empower young people with the freedom and confidence to use and understand money in a safe and increasingly cashless environment.”

GoHenry was founded in 2012. Hill, whose daughter Izzy now works within the scaleup’s people team, explains the early hard work of the co-founders which went into a business which now has almost two million customers. 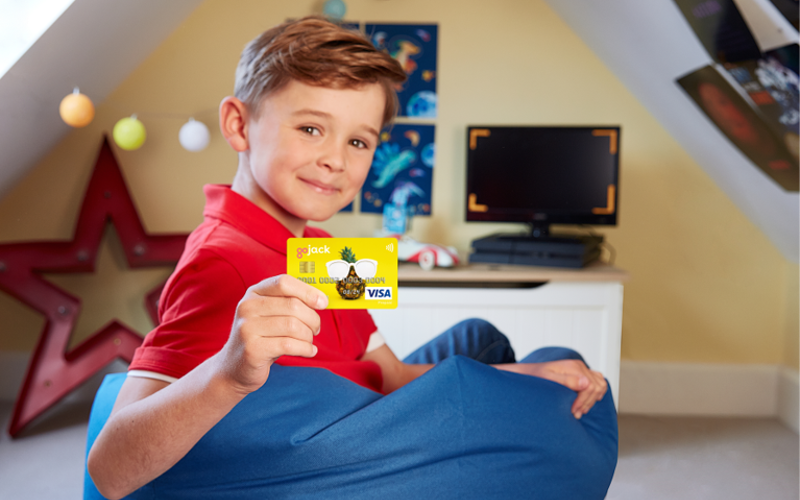 “We drew up a business plan, did lots of research, met with potential suppliers, found the funding, completed all of the compliance and due diligence work, designed the product, briefed the development team, project managed the supply chain build and the development and, finally, launched the product!

“We worked nights, weekends, holidays – we grafted! When we launched, we needed to do everything between us. That ranged from painting the office walls, through navigating the regulatory landscape, to finding seed investors and running the business – in essence, being a Jack-of-all-trades.

“In the early days everyone needed to muck in and do whatever needed doing.  As you grow, you need to add structures and clear roles, so that people know what they should be doing and what someone else’s job is.

“We founded a whole new category. Since 2014, we’ve doubled our customer base annually.”

Prior to GoHenry, Hill was at the forefront of the retail industry’s transition to digital, launching the first wave of eCommerce websites for some of the UK’s biggest household names – including Next Directory, John Lewis, The Innovations Group, Past Times and Debenhams.

She says appointing a CEO from outside the founding team was key to its success to date. “A good founder has the company’s best interests at heart and is constantly questioning what the company needs,” she says. “In my case, we knew we needed strong international expertise and experience of fundraising on a large scale.

“We were incredibly lucky to find Alex Zivoder… he joined us as CEO and the business has gone from strength to strength since then.”

Zivoder joined the business from online learning platform, lynda.com, where he was VP and MD of EMEA and spearheaded the company’s expansion across international markets, which helped lead to lynda.com’s $1.5 billion acquisition by LinkedIn.

“It doesn’t matter how much you give your children, but the act of paying regular pocket money helps open up conversations around cash,” says Hill.

“It’s so important to talk about money at home; where it comes from; why it’s important to save; that when it’s gone, it’s gone; and the role donating to people less fortunate plays in society.

“It’s particularly important as we move to a cashless society and children don’t see money physically exchange hands in the way they used to.

“Financial fitness, like swimming, is a vital life skill and one best taught young – and with aids – to ensure that when the next generation hits adulthood they don’t sink amongst access to fast-credit and plenty of temptations.”

How to create a top pitchdeck

Back in 2016, GoHenry broke records for the largest equity crowdfunding in the world on Crowdcube, raising £4m – of which more than £1m came from its own customers. It then raised a further £6m via Crowdcube in 2018, with 3,000 investors taking part, around half of which were customers.

A year ago it raised $40 million in its first institutional funding round, led by US growth equity firm Edison Partners with investment from Revaia, Citi Ventures and Muse Capital.

“This funding round is being used to accelerate expansion across the US and for continued growth in the UK,” says Hill.

One of the challenges when scaling the business was maintaining culture. “I was very proud of the company culture we’ve built at GoHenry, so the biggest challenge was maintaining that whilst growing at pace and building a team in the US.

“In line with our ethos, we have a flat working structure at GoHenry where staff of all levels are encouraged to have a go, try something new, and dare to fail so that they can achieve.

“Empowerment – as with our product – is the key to ensuring you get the best out of your team. After all, you’ve hired them as the expert in their field. I wanted to ensure we didn’t lose sight of this as we grew.

“A few years ago, we realised we needed to make sure that at the pace at which we were growing, we were keeping the culture and the ethos intact. We spent quite a bit of time making sure that we defined what that was, and how we want to work and produced the GoHenry Little Red Book which outlines our work principles and company values.”

Hill’s advice to entrepreneurs starting out is to create a personal support network. “I know first hand how hard it is to juggle everything,” she advises. “Try to create your own personal support network by organising everything ahead – supermarket  deliveries, rotas for school pick-ups if you have children, dog walks… anyone who works for GoHenry will tell you they can see in my calendar when I have a dog walk with a friend booked or when the plumber is coming to fix a leaky radiator!

“Then try to find an industry or start-up support network.  Comparing notes with people going through the same growing pains is a really good way to stay strong – and to get some great ideas.”