Jeremy King’s growth plan could see Attest reach 250 staff next year. The former scientist explains his empirical approach and why ‘you have to eat your own cooking’

If one thing is certain in business, it is that experience informs decision-making.

Serial entrepreneurs, for example, will gladly discuss why their first businesses failed and how that experience fed into the success of subsequent enterprises.

Market research platform Attest is Jeremy King’s first venture – but his background has everything to do with its impressive growth story.

“I started my career off as a scientist studying biology and animal behavior. Deep down I have a passion for both empiricism and the scientific method and really believe in – and enjoy – continuously testing and exploring new ideas,” he tells TechBlast.

“More businesses should work this way, yet most don’t really know how to do it. Because of my desire to approach business like I do science, entering the data, curiosity and exploration business was such a natural fit.”

Attest, which recently raised £44 million in Series B funding to drive its already rapid expansion in both Europe and North America, is a SaaS platform which aims to make checking ideas and actions with target consumers simple so every business decision can be grounded in data.

Surveys can be created and distributed to target consumers in as little as 90 seconds and it says the results are significantly higher-quality, more reliable, representative and delivered faster than traditional methods of market research. 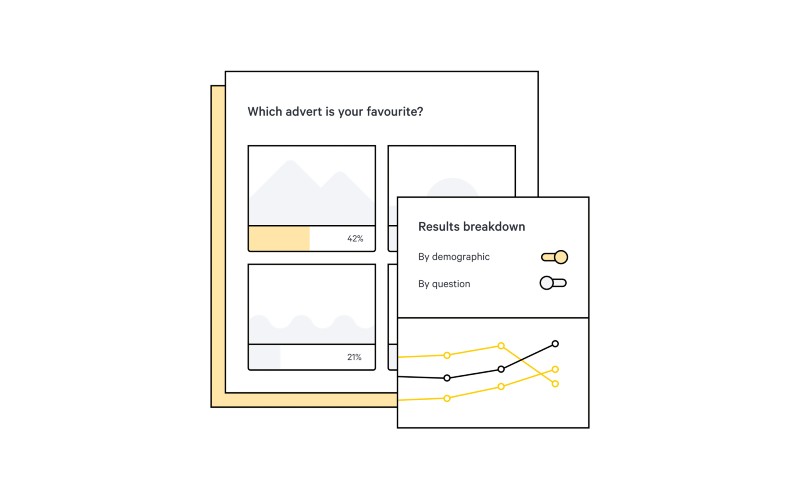 “I looked at this $80 billion industry, which hasn’t evolved significantly for a long time, and felt like it needed a makeover,” says King. “For so long, deploying trustworthy and representative market research was big business, but also clunky, expensive, and time-consuming.

“That’s when it clicked for me and the idea of bringing a software-as-a-service platform into the space felt like the right venture.”

His goal in founding the business in 2015 was to unlock the secrets surrounding the elusive ‘target customer’ and help organisations grow without guesswork. Fast-forward to today and Attest is doing just that for some of the biggest brands and companies in the world, including Microsoft, Santander, Walgreens/Boots, Wise and Klarna.

“I worked in over 25 different countries in just about every sector you can imagine. I learned that it’s really easy to understand the customers and data you currently have – things like your existing customer feedback scores, your conversion rates, your supply chain and your finances,” he explains.

“What was hard was understanding the customers you don’t have yet – the target customers. They’re the ones that hold your next waves of growth, yet interacting with them was incredibly hard… for reasons that made no sense.

“As a scientist, it’s deeply unsatisfactory to be missing data on one of your most important areas of investigation, so I decided to do something about it. The problem, and therefore opportunity, for Attest existed everywhere.”

How we scaled to 200 staff in eight months

Attest has achieved record revenue growth during the COVID-19 pandemic, while its client brands are now able to access more than 110 million people in 49 countries through the platform.

However the big change for the business came back in late 2017 with the ‘subscription flip’.

“We always aimed to offer our product on an annually recurring revenue basis and thought this would happen in the first half of 2018,” says King. “We knew that the best way for clients to get value from Attest was to really commit to using it for a year, which also suited us better as a business.

“We decided to go early, attempting to convert all of our existing customers – who were using the product regularly, but with no commitment over time – about 5-6 months before we thought we’d be ready.

“This move made us one of the fastest-ever companies to reach $1m ARR. A lot of things worked in our favour, and we learned a huge amount very quickly.”

This pivotal move led to investment in early 2019 from Silicon Valley VC giant NEA, which also contributed to the recent fundraise alongside tech investment firm Kismet and several other undisclosed large investors.

King’s advice to startup entrepreneurs seeking investment is: “What does it take from investors to care as much about this as we do?”

He adds: “Every startup team is full of passion and belief. On the other side of the table is a huge wave of capital, looking to fund breakthrough companies that can go on to dominate or create entire categories.

“Looking for alignment of interests is the key – in risk profile, vision, focus on customers, even go-to-market or technical development style. If you can uncover what it takes to make investors care the same way you do about the company and its mission, then that’s the right way to unlock transformative investments.”

Is your infrastructure keeping up with your growth?

“One of the first things I learned from these amazing people is that decisions we make in the early days of a new company are likely to live with us for years,” explains King. “Some are even irreversible: legal terms, employment structures, foundations of culture.

“We’ve benefited from being simple and fair, again and again, and it’s guidance from the very early days that helped us know what ‘right’ looked like, and just how important it is to get these foundations in place.

“Many things could have led us astray: higher valuations that come with worse legal terms, compromising on personal/company values in the pursuit of faster progress.

“These are lessons that I always try to pass on – with even more passion and volume each year – to early-stage founders and teams setting out on their journeys.

“This, I believe, is part of our duty as part of the startup and scaleup world; to help those at the early stages even more than the help we received.”

The firm’s headcount has increased from 70 employees in early 2020 to over 140 today, spread across the company’s London and New York offices. Ambitious growth plans will see that number reach 200-250+ in the next 12 months.

“We’re always trying to plan three years ahead, and execute in detail with a six-month forward-looking view,” King continues. “We knew we were going to grow quickly, and that’s a helpful position to raise new investment to help accelerate growth and think even longer-term.

“One thing we have done differently recently is starting to look even further up-stream of the drivers of growth. It’s easy to talk about the foundations of company culture and happy customers; but we discovered that we have a number of ‘input metrics’ and measurements that showed us where we are on/off course far earlier than ‘output metrics’ like revenue and conversion rates.

“That’s the groundwork we’re adding now, that we hope supports our next waves of growth.”

King says you don’t have to be a research expert to use its platform. He cites Europe’s largest online flower business, Bloom & Wild, which explored modern sentiments around Valentine Day’s most well-known symbol – the red rose – such as whether people actually appreciate being gifted red roses for the holiday or whether roses aligned with the firm’s ethos surrounding ‘gifting each other things that truly show we care’.

“The results they saw were beyond compelling, and uncovered a real paradigm: included in many other details, they found that 79% of people would prefer to receive a thoughtful gift rather than traditional red roses, and 58% of people thought red roses were a cliche,” he says.

“As a result, they made the bold decision to stop selling red roses – the #1 selling product – on Valentine’s Day. This led Bloom & Wild to a 4x YoY sales increase in the Valentine’s Day period, and a 51% increase in share of media voice.

“This is the type of bold and data-driven move that Attest makes possible for any business… all you have to do is start looking.”

Do does Attest make use of its own platform to plot growth? “Oh yes, we absolutely do… you have to eat your own cooking!” answers King.

“We looked to our own capabilities as a research company to get continuous insights to share with customers across FinTech, retail, food and beverage, fashion, and beyond. We often offer these, for free, creating timely digests and consumer sentiment reports that help add new light and ways of understanding what’s happening in these sectors.

“It’s both a great way to show what Attest can do, while also offering something genuinely valuable to real people who are trying to crack these growth puzzles and understand target consumers better.

“By staying the course and doing what we do best – talking to consumers – we not only informed our own plan of action but those of our customer’s as well.”

Why size doesn’t matter if you want to grow internationally

Why size doesn’t matter if you want to grow internationally