The startup years can be the most exciting time for a technology company.

With founders and early employees pitching in to build and sell their new and evolving product, passion is the name of the game while its overarching tactic is agility.

DeGould, founded by Dan Gould a decade ago, is now a world leader in automated vehicle inspections for global automotive manufacturers and their supply chain. However, it has been a long road to get to this point, with the industry only fully climbing on board in the last couple of years.

“The good thing about the startup phase is it keeps you super agile: you’re able to pivot whenever you need to, make a decision between the core senior management team and implement it pretty much instantly,” says Jones (pictured above), who joined the company as CEO five years ago.

“I never know how you define a startup and a scaleup, but we feel we’re in that scaleup phase. As a business grows, you need different things. You need to recognise where you need more help and organise yourself better: it might sometimes be a step sideways or backwards, but it allows you to kick on again.

“That’s a growth process we’re going through. We’ve got really good people and we need to keep supplementing that to sustain what we need to do.”

Artificial intelligence-powered technology developed by DeGould, ninth on our TransportTech 50 ranking late last year, captures the full external condition of a vehicle via hundreds of images: as well as identifying scratches, dents, chips and scuffs, it can perform vehicle specification checks, all before the vehicle leaves the plant. OEM customers include Jaguar Land Rover, Bentley, Toyota, Lamborghini, Rolls Royce, Ford and Mercedes. 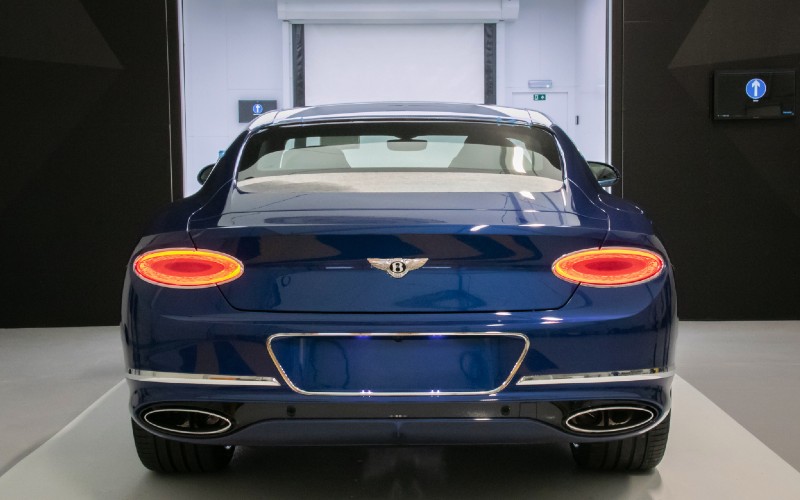 DeGould works with Bentley among other manufacturers

The finished vehicle logistics industry is also coming on board, ensuring new vehicles have a complete digital passport from the moment they leave the factory to delivery on a customer’s driveway. Wallenius Wilhelmsen, a market leader in RoRo shipping and vehicle logistics, has not only come on board as a customer, but they also opted to invest as part of a £6m funding round last year.

“From Easter, we have systems going into South Africa, the US, Central Europe, and more in the UK,” says Jones. “A lot of these are at manufacturing plants – but with the rollout Wallenius is planning, we’ll be in a lot more ports – both sea and inland terminals in the supply chains as well as vehicle preparation centres.”

He adds: “As we grow, do we want to have an army of people across the world – boots on the ground – carrying out services, installations and commissions? Or do we want to stay light on our feet and partner with others who have this expertise? As you scale, you encounter a different set of problems.”

His own time at DeGould has been characterised by China trade wars, Brexit, COVID-19 and now a global chip shortage. “We’re living through a super-exciting time. We’ve sustained the business through sensible strategy, investment and hiring during a time where we could have easily gone pop – and some companies unfortunately have,” he says. “We’ve weathered that storm and now hope for a clear run at things for a few years.”

Founder Gould is a former mechanic, Formula One R&D specialist and Metropolitan Police technician who exited a smart security camera company before launching DeGould with the help of JLR.

“I didn’t have any business acumen whatsoever with my first company,” he tells TechBlast. “I made it up as I went along! But you learn by your mistakes and, eventually, we became the leading security provider for the car rental sector.

“Back then in ‘digiworld’, it was all self-created. There was no external investment and it was a hard track running up that mountain. Because we had a limited budget, every time we sold the system, it was very much planned as to where that money would go with everything invested back in.

“You couldn’t really invest in people: while the team was great, I was always struggling to attract the calibre of people I wanted but couldn’t afford.”

A scaling DeGould, which currently employs 50 people, is entering another hiring phase. “I see a company as a football team: you create a product, start off in the local Sunday League and you’re just having fun with your friends,” says Gould.

“When you get serious, you start moving up through the leagues. If you want to turn professional, people need to change and positions need to change – and you need to be brave enough to make those changes.

“I found it really hard at first to say to people: ‘It’s not working.’”

This mentality also applies to technology. The addition of machine learning models trained on a dataset of more than 100 million images – all captured by DeGould – has been a real game-changer, according to Jones. 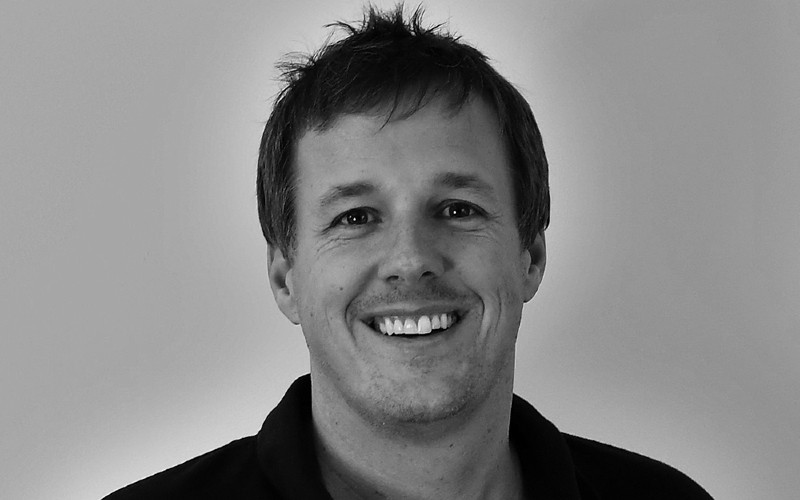 Gould (above) explains: “Everyone talks like AI has been around for years, but it hasn’t. When we upped our game with AI it was a transition point for me to say: ‘Now we need to go into the Champions League.’ And being in the Champions League, we need to really invest in people and bring in a professional management team and specialists in their field.”

Gould may be the future-gazing entrepreneur driving the business forward, but he says it’s important for him to be commercially aware. “Whatever your product, you have to be aware of the commercial element: if you adopt the excuse of not understanding finances and leaving them to someone else, that will be the end of you.

“Having said that, when you’re playing in a Champions League team you have to relinquish some power and trust in the team. I found that quite difficult, but you have to let them get on with it. You absolutely need a C-suite: a CFO, a commercial person, a marketing person.

“You have to put processes in place as you grow. Am I the guy to write those processes? Absolutely not! I want to be the guy to consult on them, but I’m not the guy to deliver them.”

‘Supporting my family at age 11 made me resilient’

Gould says entrepreneurs must remain focused on their original mission.

“You may want to build your business, but to where? Into what? What’s the exit? What’s the plan? Stay true to your mission, complete it then reevaluate. Otherwise, you can find yourself just wandering off and 20 years later, when you’ve been a slave to the grindstone, asking: ‘What was all that about?’

“You didn’t stay true to your mission at the start.”

Gould, who left the Met Police all those years ago because he hankered after a move back to the Exeter countryside, speaks of an inner conflict that affects him to this day. “My inner self always wants to go massive – but my true self just wants to enjoy my family. That’s the biggest thing I fight every day,” he says.

In a nod to Elon Musk, the famously prodigious entrepreneur behind PayPal, Tesla, SpaceX and Hyperloop among other companies, he adds: “I have mega-ideas: I came up with the Hyperloop in Woolworths when I saw the little suction tubes. ‘We should do that for transport!’ I thought.

“What a brilliant idea! Yet what does it actually mean to deliver it to market? Do I want to be working 24/7 raising another £20m and going out all around the world?

“The truth is, no – I want to see my family. So then I have to ditch the idea. I struggle with that – but I’m learning to do it.”