Events boss: Founders should focus on building teams and systems

Rob Masterson and his university friends have built a worldwide events company in Mustard Media. He says it was vital to focus on the business rather than the campaigns

When COVID-19 hit, Rob Masterson thought that was the end for his business.

After founding Mustard Media with university friends Ed Norris and Oli Hackett, the trio had built it up into a worldwide events business – only for the pandemic to put a stop to live events and mass gatherings.

“We work with some of the best brands and prestigious festivals in the world and we thought we were going to be nuked by COVID,” admits Mustard Group MD Masterson.

They knew they had to diversify to survive and so quickly launched ‘Business Keeps on Dancing’, bringing together experts and thought leaders in a series of free webinars which featured speakers from brands including Facebook and Parklife Festival.

“The last 18 months have been extremely difficult, but we adapted and decided to use the time with our teams to help 4,000 event owners around the world with Business Keeps on Dancing. We now have a bigger network and a better profile as a company from that initiative,” says Masterson.

“Over the course of the year we’ve been riding the public sentiment and reacting to positive news to get tickets on sale quickly as events have been allowed to reopen.”

Over the last 12 months, Mustard Media has helped its clients bring in more than £35 million in revenue from 620,000 ticket sales, while they are expected to sell 1.2m tickets in the next 12 months.

The 20-strong team is to sell tickets for 50 events and festivals in that period, covering three continents and 13 countries, and expects it to be a bumper year for the sector. 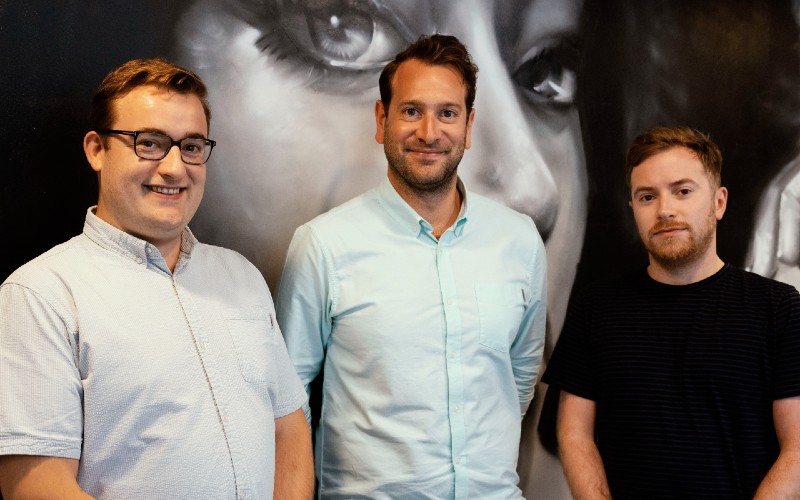 The agency has offices in Ancoats and was founded in 2013. It spun out of the friends’ club night in Manchester – Drop the Mustard – which had launched in 2008 and expanded into more events and festivals across the city.

When promoters from around the world started to ask for their help, Mustard Media was born – and it has since built an impressive client base including Manchester Pride, Elrow, The Warehouse Project, Parklife, and Portuguese festivals BPM and Afro Nation.

“We learnt in the early days that building a successful agency would mean that the founders would need to be primarily working on the business, building a team and the systems to ensure a high quality of output rather than working on lots of the campaigns,” says Masterson (pictured above, left).

“It sounds obvious and it was something we jumped at, but it’s something that I think many successful professionals who begin building a bigger business within their field don’t realise.”

He continues: “We launched in a low-key way, slowly building our reputation organically by word of mouth. Initially it was the work we did as founders in our day jobs working on marketing The Warehouse Project and Parklife Festival in their growth periods that helped us gain traction – in a way we started by accident!

“The potential of the agency was obvious and once we were able to focus primarily on it we did, and that paid off.”

Tech systems are the “backbone” of the company, generating efficiency, consistency in results and producing reliable data to make management decisions. “If you can’t measure it, you can’t manage it,” says Masterson.

“Our stack is currently based around an interlinked web of existing platforms which we’ve found has enabled our system to be agile as the business has developed.”

Masterson’s tip for startup entrepreneurs is to “work with different mentors or advisors immediately who’ve been there and done that”.

He explains: “You’ll save a huge amount of time and money by soundboarding important decisions off them.”

Mustard Media is to receive £168,000 from the third round of support from the government’s Culture Recovery Fund, which has seen more than £100m awarded to hundreds of cultural organisations across the country.

COVID cut off our revenue – but we doubled our profits

As COVID progressed, Mustard also pivoted to working on outdoor family events. One of its biggest projects was Dino Kingdom, an outdoor family adventure trail which sold over 150,000 tickets across multiple locations.

Its campaign for the upcoming festive season includes Christmas at Bute Park in Cardiff, which sold more than 40,000 tickets in 48 hours; while its campaign for Homobloc, Manchester’s queer block party for all, saw 10,000 plus tickets sell in a matter of days.

“Despite the challenges this year, it’s been a busy one for us, and one that we’re really proud of,” says Masterson.

“We’re confident that next summer will be even bigger, we’ve already seen huge successes with the events we’ve been working on this year and we’re excited about what 2022 has in store.”